Our very own Loonie will soon take on Oxxxymiron from Russia. Thanks to that very first Facebook live of Loonie, where he confirmed this epic battle.

The exchange of messages will tell it all plus a follow-up comment that Oxxxy made stating that he will kill our Loonie, of course, metaphorically, on the rap battle that will happen and the universe is already moving its elements to make this rap battle a reality.

It will take place not in Russia nor in PH soils…

It will fucking happen in U.S grounds. Sakto lang ‘di ba? No home advantages and shit but as per Loonie, the match can possibly be promoted on Eminem’s radio, Shade 45. The U.S means a much larger media exposure, not to mention if it will be really backed up by Slim Shady himself, this rap battle will surely hit a million views and all.

Oxxymiron is not a fucking joke, man. Neither our very own, Loonie, of course. Both rappers have a million views number behind them. Both are ill lyrical rappers/MC’s and both are definitely not new in foreign rap battles.

Just recall Loonie’s battle in Road to Araneta versus U.S.A’s Dizaster. He can definitely turn the tide around whether it’s English or Tagalog. You can hear Dizaster using the terms balut, putanginamo, kantut*n, and many Filipino street slangs against Loonie then Loonie rebuttals in the form of some sleazy Arabic, Palestinian tones, jokes and of course, bone-crushing English bars for the U.S. rap battler. I needed to watch the video again to somehow assess his chances on Oxxxymiron.

Oxxxymiron is known as Miron Yanovich Fyodorov (Russian: Мирон Янович Фёдоров). His rapper name came from the term oxymoron, a rhetorical device (figures of speech that have two contradicting terms, e.g. alone together), the triple X’s represents the profanity in his lyrics/rap and Miron, his name. In an interview with DJ Whoo Kid on Youtube, Oxxxy mentioned it was his first English bars in a rap battle. He formulated the menacing bars two weeks before his rap battle with Dizaster.

Eminem is definitely his influence as he also stated in the interview, specifically the 8 Mile movie where it transformed his career in rap. Oxxxy also mentioned how the U.S influenced Russia in terms of overall hip-hop. Russia has also mumble rap and shit, and every hip-hop elements we know but Oxxxy focuses on lyrical. He attacks in all angles. If you can watch his battle with Dizaster, they were using like second, to the third languages, political issues, racists comments, and craps but for me, Oxxymiron’s arsenal punched more bullet holes on the chest of the heavyweight, Dizaster.

I will turn Mount Rushmore into MOTHER RUSSIA!

Who will win? the Russian Eminem or the unchained Dragon from Southeast Asia?

Puta, after ko mapanood ung Oxxxy versus Dizaster and not to mention a few comments here and there saying the various scenarios of the chances of Loonie, Oxxxymiron is a serious Russian MC and he deserves the title, Russian Eminem. If babasehan mo ung Road to Araneta match, hindi na uubra ung ganung style siyempre and both MC’s that time na parang pinagbigyan lang nila ang isa’t isa, or the match isn’t that serious. I mean look at how Dizaster prepared for Oxxxy’s match. Imagine another Dizaster vs Loonie match, who would know? but that will definitely be not possible anymore since we are up against the Russian Eminem now.

Both are damn good in lyrical rapping. Not afraid to stab their own country’s government. Attacks deeply on many issues from racism, poverty, etc. and out-of-the-box rap battlers. No wonder both are already making headlines.

Loonie somehow mentioned na “wala nang kadena ang dragon” or something in between those lines. After discovering Oxxxymiron’s abilities, I’m wishing that unchained dragon will be a three-headed one, ala dragons ni Daenerys Targaryen, Drogon, Rhaegal, and Viserion para walang chances maka bangon itong Russian Eminem na ito and only one rap battler will sit on the thone!

Bio:  The female voice in the Morobeat camp. Her lovely smile and beautiful face is not...
Read more
PHS Cards

Bio Jann Bourne Louize F. Altea is not only a female beatboxer but also have a...
Read more
PHS Cards

"Tanikala" is a local term for chain/chains, but don't let his young demeanor fool you....
Read more 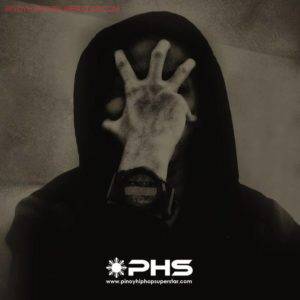 PHS
Founder of Pinoy Hiphop Superstar. Marvel/DC Universe fanatic. Infinity War came true right before his eyes. A "One Man Army" must have. Charismatic poet with the arsenal of arts undefined to many but unique to it's own purpose.
Facebook
Instagram
Twitter

Bio:  The female voice in the Morobeat camp. Her lovely smile and beautiful face is not...
Read more
PHS Cards

Bio Jann Bourne Louize F. Altea is not only a female beatboxer but also have a...
Read more